An impromptu gathering of well-known Santa Fe authors, musicians and community leaders including Gregg Braden, Larry Dossey, Joan Borysenko and Alan Webber, sharing their insights on the 2016 Presidential Election to support the local community in mending divisions and finding alignment for creating a future with genuine promise.

THE LIVING TAROT
A unique form of audience-interactive, improvisational theater that invites audience members to step into a living oracle, ask a question and watch as The Fool, The High Priestess, The Hermit, The Sun, The Moon and other ancient archetypes act out the "answers", enhanced by live musical accompaniment and projected imagery.

"Her songs are infused with optimism and hope, weaving a new vision of the innate power of the human spirit in all its mystery and intricacy."

"Listening to her mesmeric and soul-transporting work, one clearly gets the impression she is 'somewhere else' and is taking you there."

A collaborative performance featuring 40 of Santa Fe’s exquisite dancers and musicians, ages 12 to 76, in 12 vignettes.  This fundraising event at Santa Fe's magnificent Scottish Rite Temple includes a silent auction, items for sale, hors d’oeuvres and a slide show about the beneficiary, Orphans of the World. 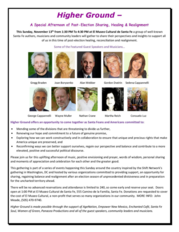 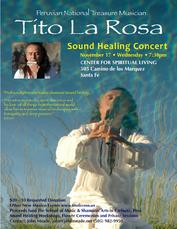 "His attraction to the spirit dimension and his love of all
things from the nature world allow him to traverse musical landscapes with tranquility and deep passion."   Kitaro 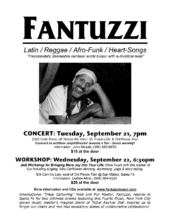 "Whether singing the ancient Sanskrit mantras of India, the traditional folklore of South America, or performing his
original works of divine inspiration, Shimshai’s music invokes a sentiment of ancestral devotion and a dedication to higher consciousness." 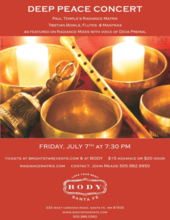 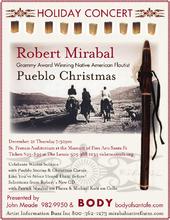 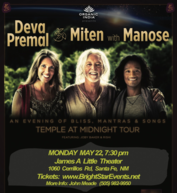 THE MESSAGE COMPANY'S INTERNATIONAL CONFERENCES ON:   BUSINESS & CONSCIOUSNESS / SCIENCE & CONSCIOUSNESS / SHAMANISM, ALTERED STATES OF CONSCIOUSNESS & ENLIGHTENMENT
Conference series providing a forum for the exploration of consciousness from social / business, scientific and spiritual perspectives with a multi-disciplinary team of experts
sharing their knowledge through lectures, discussions and experiential sessions.

SUMMER SOLSTICE CELEBRATIONS
A participatory community celebration in Santa Fe's central plaza, inspired and lead by representatives of many of Santa Fe's diverse cultural and spiritual expressions, to honor our unique paths while confirming our common values and connection in heart and spirit.  Watch 10 minute video: https://www.youtube.com/watch?v=8Foc07hXRxs

SPIRIT OF THE CHILD
A participatory, multi-media community event for all ages to honor the spirit of the child and encourage that innocent, curious, creative, playful, open-hearted and enthusiastic spark in each of us to flourish in our lives.  Created as a fundraising event for The International Children's Foundation.

HARMONIC CONVERGENCE CELEBRATION
A sacred ritual gathering in recognition of a major planetary alignment and the final cycle of the Mayan calendar to usher in a new era of transformation and peace. 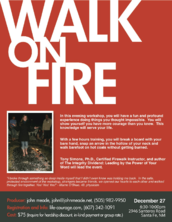 ​AWAKENING THE DREAMER, CHANGING THE DREAM
An inspiring four-hour, educational and experiential, multi-media symposium that addresses many of the issues  we face in our world today with heart and fresh insight  toward understanding and initiating solutions.  Continually evolving as it has been presented over the last 6 years in countries around the globe, participants find themselves called to a greater commitment in making a difference in their community and the world. 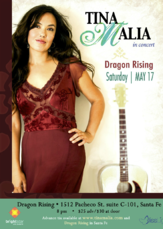 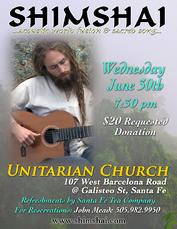 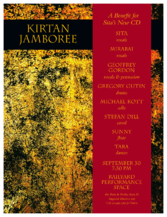 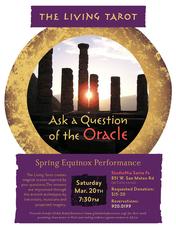 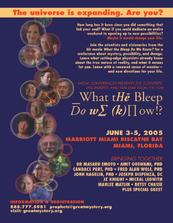 "WHAT THE BLEEP DO WE KNOW?" CONFERENCES
Conference series presenting the scientists, visionaries, filmmakers and lead actors from this hit film to further explore it’s vital message of personal power: that we each effectively create our world through the power of our own consciousness.  Through lectures and interactive sessions, participants actively assimilate this transformative knowledge into their conscious evolution to bring forth deeper levels of evolved manifestation.

I have been producing concerts & theatrical productions,  sacred / shamanic community events and multi-media conferences with a focus on inspiring community interaction, heart opening, expanded consciousness and personal transformation since 1987.  Many of these events are listed below beginning generally with the more current:

​CARIOCA BRAZIL MUSIC TRIO
Carioca Freitas leads a masterful trio in compositions from contemporary jazz, samba and traditional songs to sacred music from the Amazon, India, Israel and other cultures along with their own flying improvisations.

BIRTH OF HUMANITY
Ritual Theater Celebration for the 2012 Shift Point 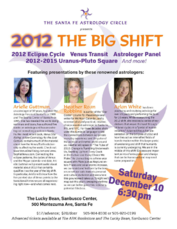 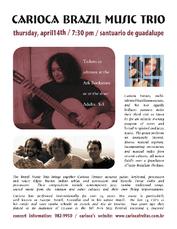 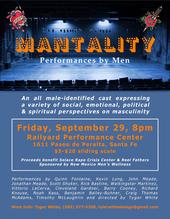 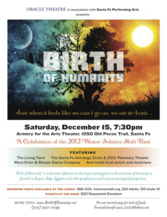 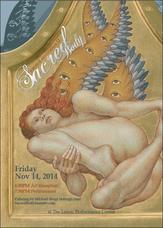 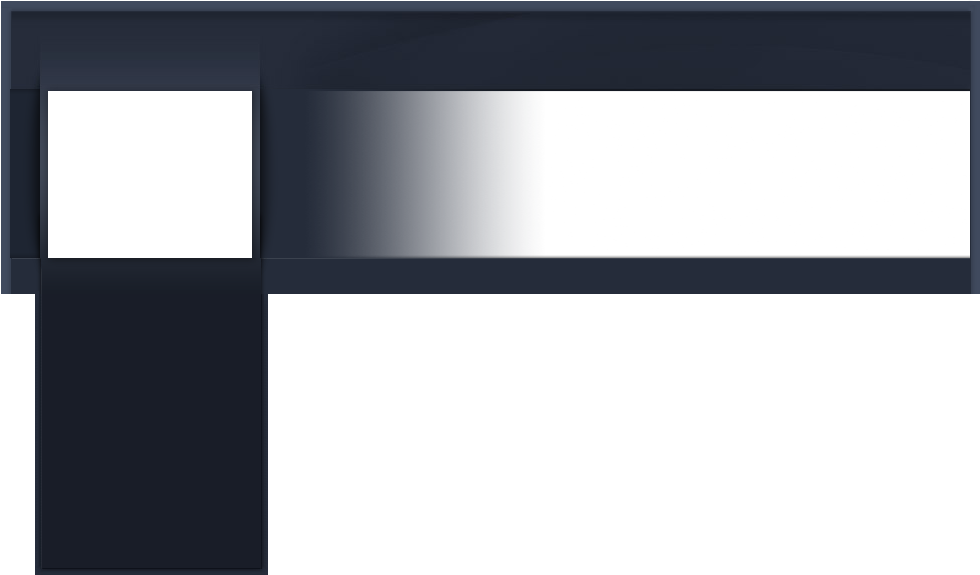 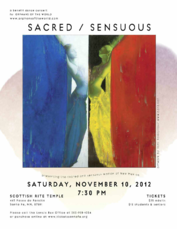 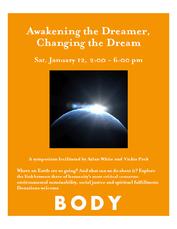 Featuring 90 of the most accomplished local performing and visual artists from diverse cultural backgrounds and creative disciplines, Sacred Body weaves together the threads of the collective consciousness of Santa Fe to honor the sacred and sensuous in human form and expression and inspire a new body paradigm. A collaboration with the New Mexico Dance Coalition at Santa Fe's premier venue, The Lensic Performing Arts Center to create a Young Adult Scholarship Program for Healing Movement Arts.

THE SANTA FE ASTROLOGY CIRCLE
"2012 The Big Shift", an audio-visual presentation by nationally known astrologers, Arielle Guttman, Heather Roan Robbins and Azlan White about this challenging astrological time in history, focusing on the 2012 Eclipse Cycle and Venus Transit as well as the 2012 - 2015 Uranus-Pluto Squares.  They are joined by a panel of astrologers with a Mayan perspective to map the great shifts of 2012.

"A magical blend of Latin, Reggae, Afro-Funk & Heart-Songs that inspires us to forget our chairs and rise into revelatory states of collaborative celebration!"

FIREWALK
Training led by Tony Simons in which participants break a board with their bare hands, snap an arrow in the hollow of their necks and walk barefoot on hot coals without getting burned!

"This life-changing experience calls one to step past their fears to a new level of courage, confidence and commitment."

An all male-identified cast expressing a variety of social, emotional, political and spiritual perspectives on masculinity aimed toward healing within our community.  All Proceeds benefitted the Solace Rape Crisis Treatment Center and Fathers New Mexico. 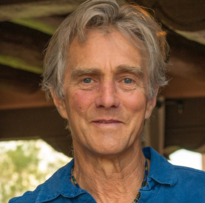